No Result
View All Result

Fast-rising singer Lojay and legendary music producer Sarz team up for this new tune dubbed “LV N ATTN” featuring Wizkid. This would be the first collaboration from Starboy released in 2021.

The track is also the title of the forthcoming extended play from Lojay and Sarz, who have released another single “Tonongo“. We are expecting the entire body of work to be released later this June.

Wizkid made an impressive outing on the track while the other singer continues to wow his new listeners.

As expected the tune was produced by Sarz.

I am Jahrulez, a controversial blogger | Influencer and online promoter. You can contact me via 08135184598 for your Song/Mixtape/Video uploading and promotion.

Video Of the week 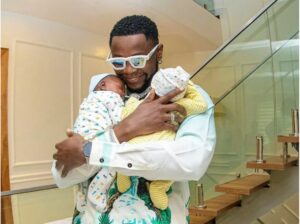 No Result
View All Result

WhatsApp Chat is free, download and try it now here!